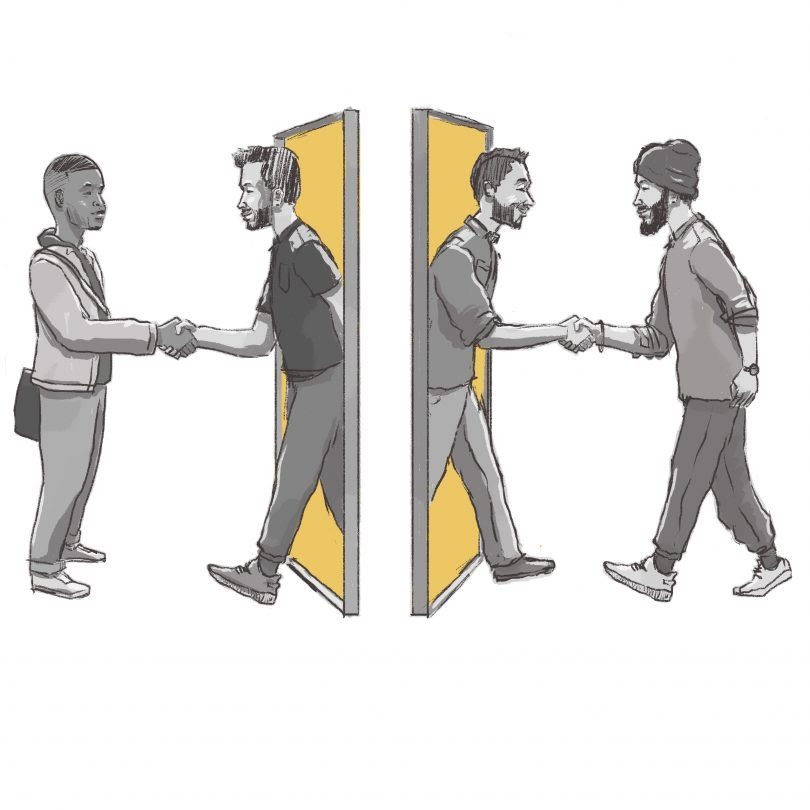 “There’s too much white space.”

If you’re a designer working with clients, this is probably a phrase that has been heard time and time again. White space, which refers to the negative space on the page not filled by design elements, is necessary in order for a composition to appear balanced and be read by the natural eye. In design school, we’re taught that “white space is your friend.”

I often find myself explaining to clients that white space is the key to creating “clean,” non-cluttered designs. It activates the other elements on the page, drawing the eye to what’s important. It can be uncomfortable or unsettling at first, but the right amount serves a functional purpose.

I’ve been navigating white spaces for my entire career.

When I was in high school, I applied to a competitive summer enrichment program for students in the 10th-11th grade called the Tennessee Governor’s School for the Arts. Touted as a program for the best and brightest scholars in the state, entrance into the program required an interview and portfolio review.

I still remember entering the room that one of the reviewers, a white woman, saying to me, “It’s great that you are applying in 10th grade because if you don’t get it, you’ll have another shot to get in as a junior.” I got in the first time, and I was the only African American male student in the entire Visual Art cohort.

It was at the Governor’s School that I received my first formal training in graphic design, taking courses every weekday alongside drawing classes. Though being in a white space wasn’t ideal, this one, in particular, was necessary for my growth and helped prepare me for what was to come.

I continued the path of graphic design into college, where I decided to pursue graphic design as a major. The university that I chose had a small, but dedicated, faculty of four instructors—all of whom were white. Three years later I faced my second competitive portfolio review: this one in order to officially declare graphic design as my major, and as one of two African-American design students who passed the portfolio. Another white space.

Meanwhile, back at my nine-to-five job, I was experiencing workplace bullying for the first time. At first, I received rave praise from my supervisor about my work. However, she moved on to bigger and better, and I began to report to the department head. I went from having an avid advocate to having an extreme micro-manager with unreasonable demands. I became depressed, not understanding fully why I was experiencing this situation, and ultimately resigned from the position.

As I began to look for my next opportunity, I began to carve out space of my own. I took on freelance projects and began to take classes for small business owners. Thinking back to the experiences I had as an AIGA officer, I have seen several design firms, but very few of them have been minority-owned. There are very few spaces where designers of color can learn to thrive in a world where they are not the dominant population. We have to restore the balance and create safe spaces where designers can grow, scale, and create.